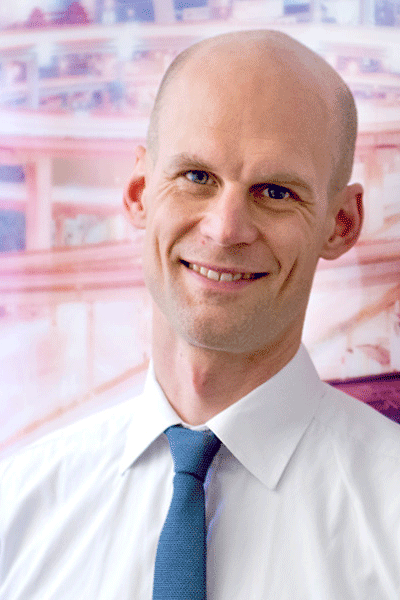 Alexander Dumke joined Altman Solon in 2003. During his time as a consultant, Alexander specialized in strategy development and building businesses, with a focus on functional areas such as finance and organizational management. Before Altman Solon, he worked as a Business Manager in the finance industry.

In 2010, he transitioned into the role of Chief Operating Officer (COO) in order to support the firm’s (then Solon Management Consulting) international growth and oversee all operational aspects of the company. After briefly leaving the firm in September 2018, he rejoined one year later to support the merger of Solon and Altman Vilandrie & Co., then becoming COO of Altman Solon.  As COO, Alex oversees global operational functions, such as marketing, research, and knowledge management, and collaborates with the executive team on other critical functions, including budgeting, hiring, and firm development.

This website uses cookies to improve your experience while you navigate through the website. Out of these cookies, the cookies that are categorized as necessary are stored on your browser as they are essential for the working of basic functionalities of the website. We also use third-party cookies that help us analyze and understand how you use this website. These cookies will be stored in your browser only with your consent. You also have the option to opt-out of these cookies. But opting out of some of these cookies may have an effect on your browsing experience.
Necessary immer aktiv
Necessary cookies are absolutely essential for the website to function properly. This category only includes cookies that ensures basic functionalities and security features of the website. These cookies do not store any personal information.
Functional
Functional cookies help to perform certain functionalities like sharing the content of the website on social media platforms, collect feedbacks, and other third-party features.
Performance
Performance cookies are used to understand and analyze the key performance indexes of the website which helps in delivering a better user experience for the visitors.
Analytics
Analytical cookies are used to understand how visitors interact with the website. These cookies help provide information on metrics the number of visitors, bounce rate, traffic source, etc.
Advertisement
Advertisement cookies are used to provide visitors with relevant ads and marketing campaigns. These cookies track visitors across websites and collect information to provide customized ads.
Others
Other uncategorized cookies are those that are being analyzed and have not been classified into a category as yet.
SPEICHERN & AKZEPTIEREN
Unterstützt von